If there’s one thing we learned from endless episodes of MTV Cribs back in the day, it’s that athletes, rock stars, and A-list celebrities are all bonded by a common interest: A love and passion for fast and expensive cars.

While everyone is likely familiar with expensive cars from the likes Porsche and Rolls Royce, there exists a subset of supercars which are so expensive that they even make a regular Ferrari seem affordable by comparison. At this level, we’re not talking about cars that cost somewhere in the multi-hundred thousand dollar range. Quite the contrary, my friend. No, at this level we’re talking about cars that sell for 7 figures and can easily hit 200 mph on the speedometer.

To get you acquainted with the types of cars the wealthiest in the world keep in their garages, listed below are the 8 most expensive supercars in the world.

DON’T MISS: iOS 9.3: How to fix some of the annoying bugs plaguing your iPhone

Nearly $5 million for a car? Not to worry, the Koenigsegg CCXR Trevita is coated with diamonds. No, seriously. The body of the Trevita sports a pretty awesome visual appearance due to a diamond weave white carbon fibre body.

The company boasts: “For the Trevita, Koenigsegg developed something truly special. This is not paint. It’s not a tint. It’s actually white carbon fibre that shines like millions of diamonds when the sun hits the car.”

Under the hood is a 4.8-liter V8 yielding which offers up 1018 horsepower and a top speed of 254 mph. Only two models were ever produced so good luck finding one even if you have that much coin to waste, uh, I mean spend.

The car was highlighted by Jay Leno last year during a pretty fascinating episode ofJay Leno’s Garage, viewable below.

With only 9 units ever made, calling the Veneno Roaster a limited edition vehicle might even be misleading. The car delivers 750 horsepower and can reach a top speed of 221 mph.

This car is insanely fast and can handle well at speeds exceeding 180 mph. This Bugatti can floor it at over 250 mph and as we highlighted previously, “the only thing preventing the car from going faster than advertised is that Michelin’s hasn’t yet figured out a way to keep its tires from exploding once they reach a consistent speed of 270 mph.”

Not only is the Bugatti Veyron wildly expensive, it’s also the most expensive car in the world to maintain. That fact, however, didn’t stop Floyd Mayweather from picking one up a few months back.

Though W Motors may not be a household name – the company was founded in Lebanon and is now based out of Dubai – its Lykan Hypersport is a supercar that impresses on all fronts. In keeping with the ‘limited edition’ motif we have going here, only 7 models of the car were ever manufactured.

For $3.4 million, you might not be surprised to learn that “each LED headlight is encrusted with 220 diamonds or a combination of any other precious or semi-precious stone chosen by the client.” Some of the other stone options include rubies, yellow diamonds and sapphires. Also not a surprise is that the car had a cameo appearance in the movie Furious 7.

The car has a reported top speed of 248 mph.

Video of the car in action can be seen below.

Only 20 models of the Pagani Huayra BC were ever made. The car can reach a top speed of 238 mph and recently made its debut at the Geneva Motor Show

And check out those doors. 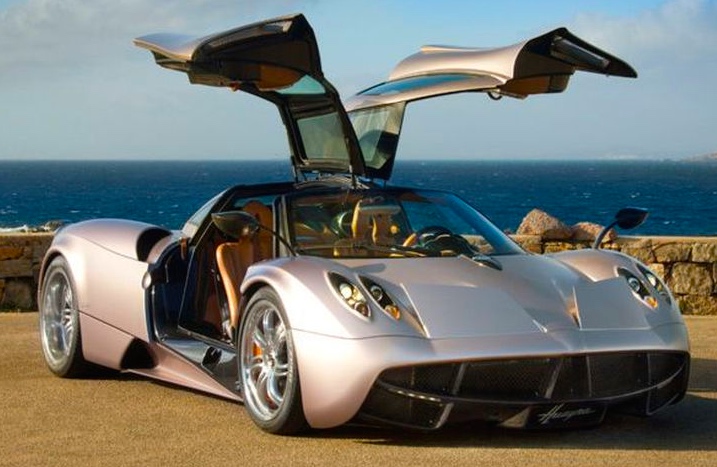 Forget 0-60, the 2015 Koenigsegg One:1 can go from o to 250 mph in 20 seconds flat. The car has an out of this world top speed of 273 mph, making it the fastest production car in the world. Only 7 vehicles were ever manufactured, with 4 units earmarked for Asia, two for European customers, and just one for the U.S.

Okay, so the FXX K isn’t street legal, but it’s still one sleek looking car. Only 32 models of the car were ever manufactured and they were sold rather quickly. Speed wise,  the FXX K can top 217 mph, making it the fastest Ferrari ever produced. 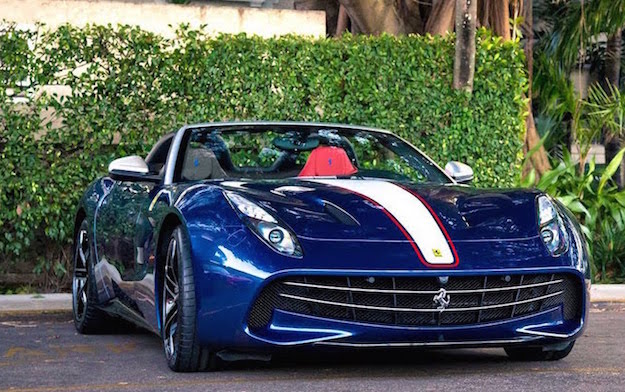 Designed to commemorate Ferrari’s 60th anniversary, the F60 is an absolute beast of a vehicle. Another limited edition car, only 10 were made available in the United States. The car boasts 730 horsepower and has a top speed of 211 mph.