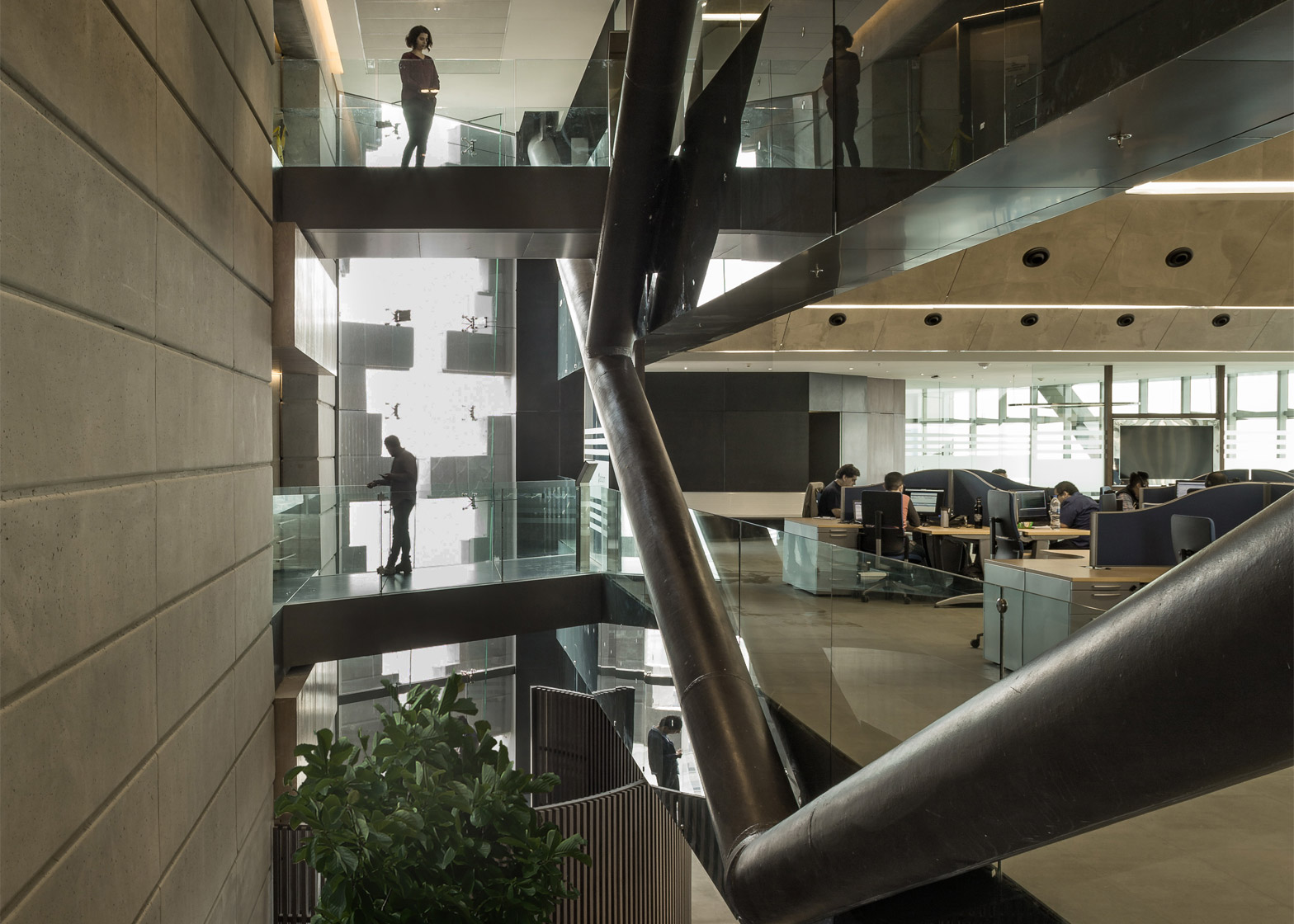 LBR&A Arquitectos has completed a three-sided skyscraper in the heart ofMexico City that rises 246 metres, making it the tallest tower in the sprawling metropolis (+ slideshow).

The 57-storey Torre Reforma is situated on Paseo de la Reforma, a wide avenue that runs through the city’s urban core. 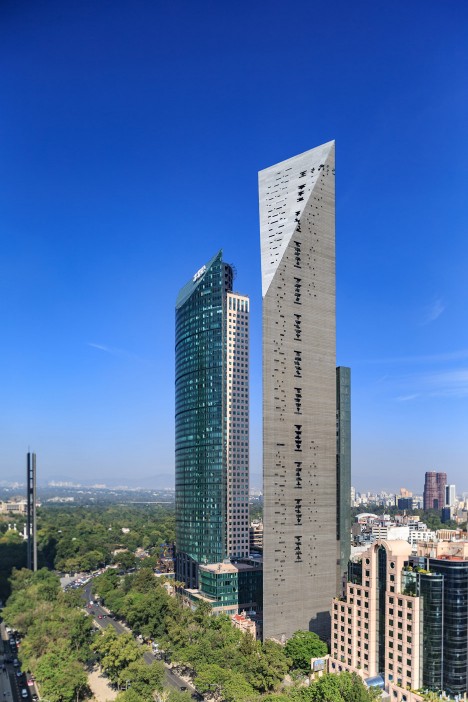 The skyscraper is located in a diverse neighbourhood and looks toward the 686-hectare Chapultepec Park – regarded as the largest city park in the Western Hemisphere.

“Torre Reforma is one of the leading skyscrapers in a developing area where many others are yet to come,” said LBR&A Arquitectos, a local firm led by architect Benjamin Romano. 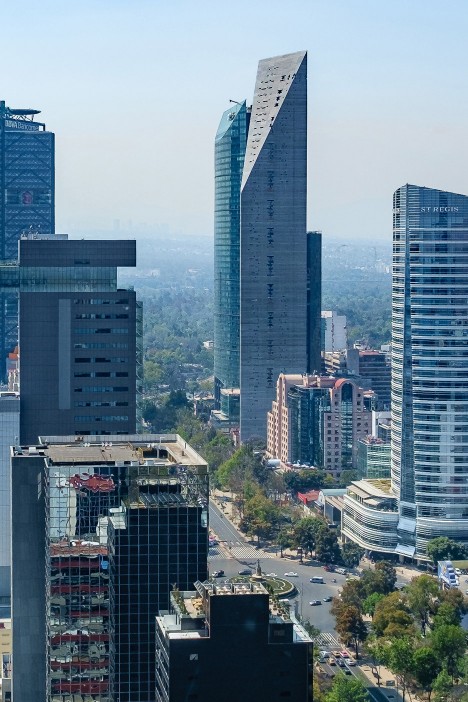 It is organised into 14 four-storey clusters, conceived as “buildings within a building”. Each cluster has its own interior garden. 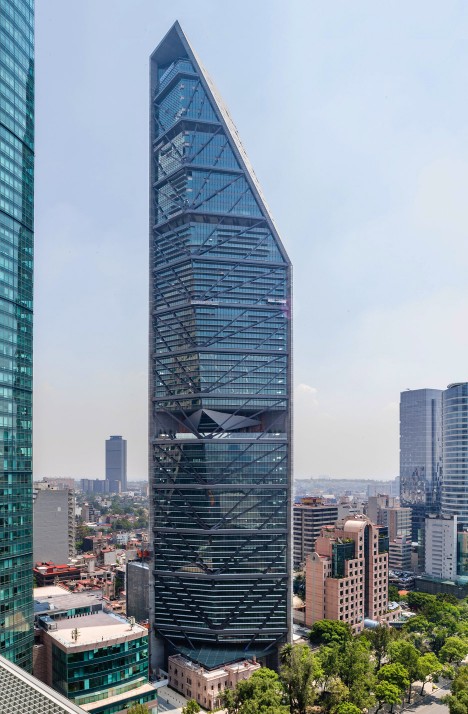 Given its relatively small footprint of 2,800 square metres, the tower marks “a turning point in vertical urban growth in the megalopolis of Mexico City”, said the architects.

Its sculptural shape was derived from various factors, including environmental concerns. 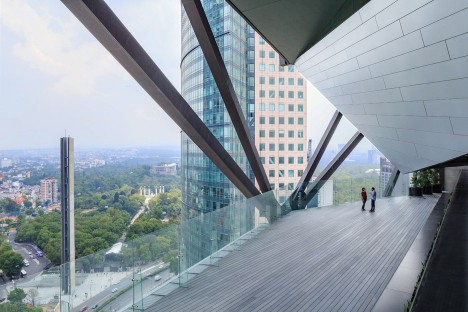 The tower is composed of two concrete walls that form a sharp edge where they meet. The upper portion is chamfered, resulting in a triangular surface. Slits in the walls enable natural light to enter the gardens inside the building.

The decision to use concrete was influenced by pre-Hispanic and Colonial Mexican architecture, in which solid materials such as stone were prevalent. 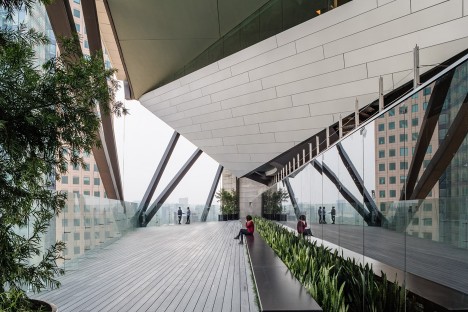 Given the city’s high seismic activity, the concrete walls were designed to slightly bend during an earthquake, according to the firm.

“Along the side of the building, there are triple-height windows every four floors that dissipate seismic energy,” the architect explained. “They allow the concrete walls to bend when under stress without breaking.” 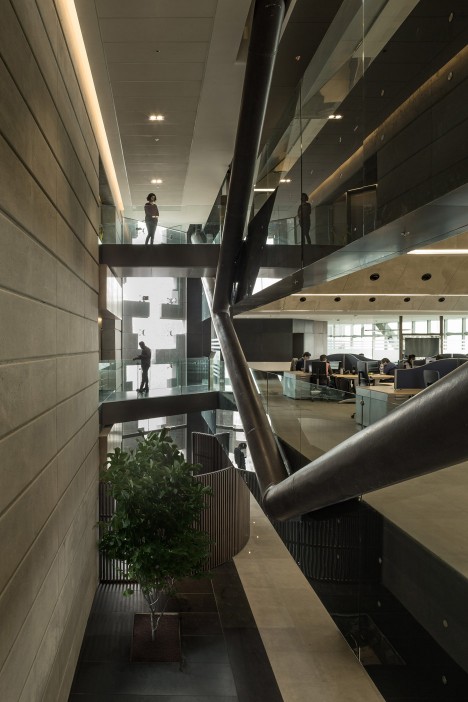 The third elevation consists of a double-layer glass wall with a metal diagrid. The asymmetrical wall is slightly creased down the centre and is tapered at the top. 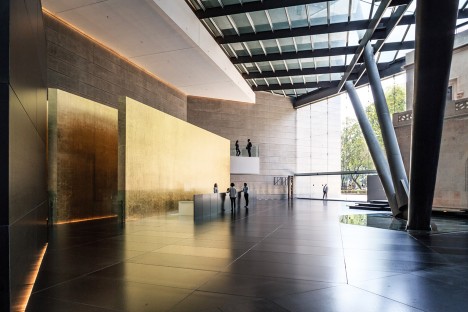 A large cut in the glazed facade contains an open-air terrace lined with a tall glass balcony. 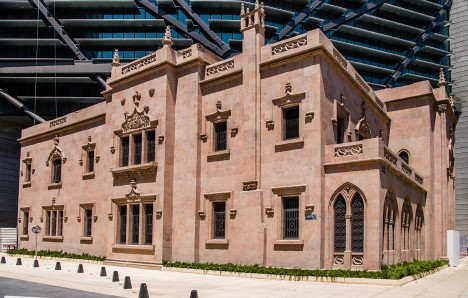 A protected house on the property dating to 1929 was incorporated into the building’s design and forms part of the main lobby. 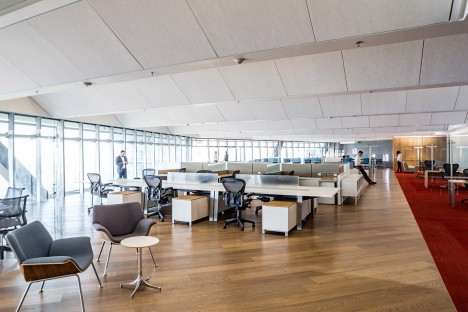 “The historic house was restored to recover its urban value, serving as a transition from a small scale at pedestrian level to a high-rise building scale,” the studio said.

During construction, the house was temporarily moved from its current location to allow for the pouring of a new concrete foundation. 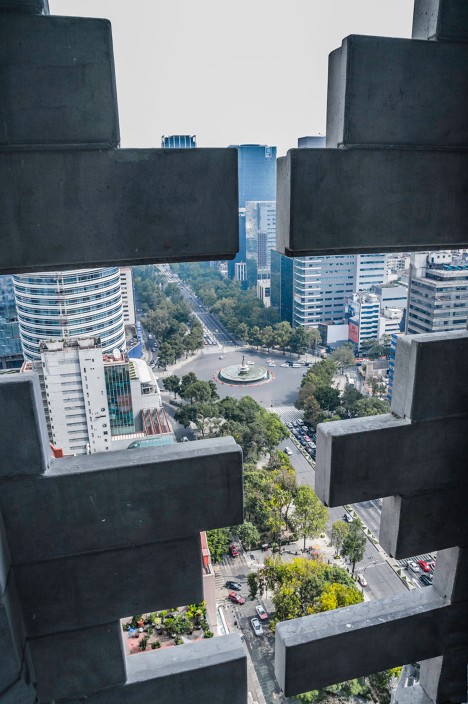 The building offers a variety of amenities, including sports facilities, bars, restaurants and meeting rooms.

Commercial areas on the ground floor “allow for street activity to unfold into the building”. 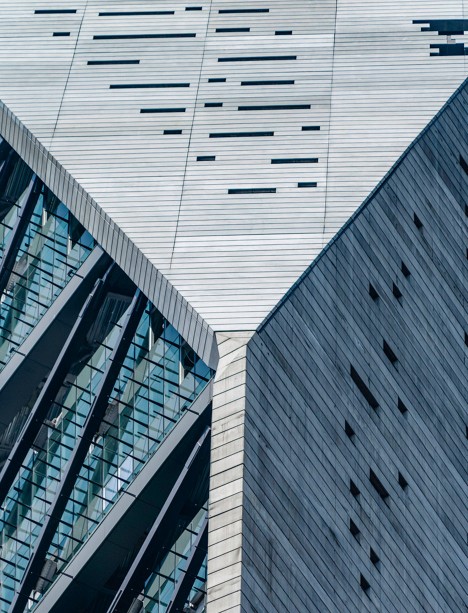 The architect incorporated a number of sustainable elements, including a system for recycling rain and waste water.

The project earned LEED Platinum pre-certification from the US Green Building Council for its core and shell design. 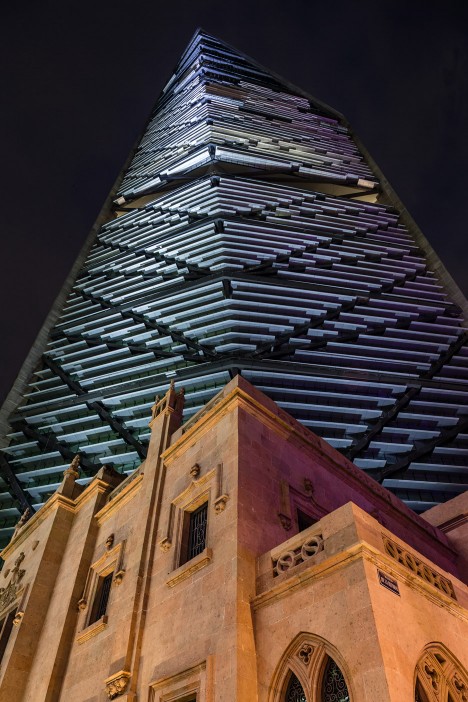 Although it holds the title of Mexico City’s tallest building, the Torre Reforma is still shorter than the 280-metre Torre KOI – under construction in the Monterrey Metropolitan Area and due to complete in 2017.

Other recent projects in Mexico City include a 50-storey office tower by Legorreta + Legorreta and Rogers Stirk Harbour + Partners, and auniversity campus by TEN Arquitectos that consists of intersecting blocks that overlook a central lawn.

Photography is by Alfonso Merchand.